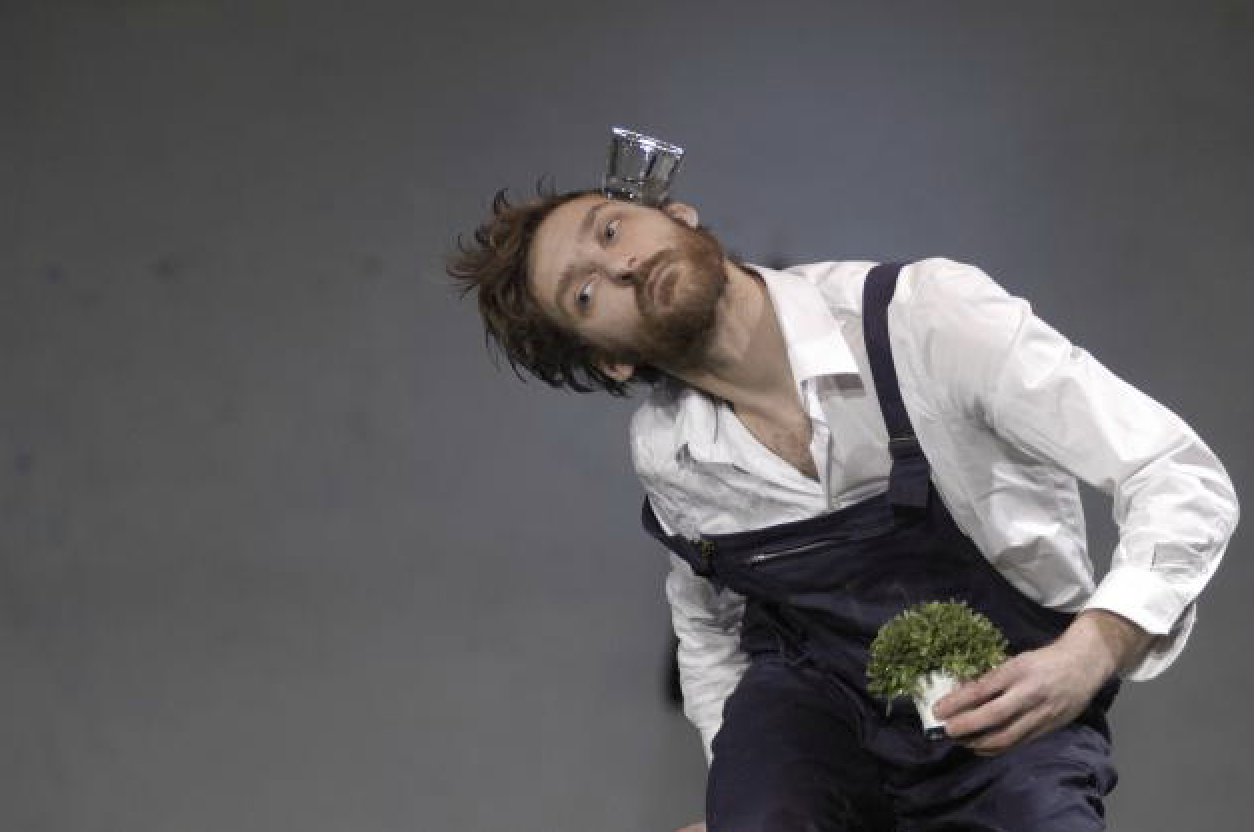 January 2010 – Tanztage Berlin
'Allege' examines the possibility of an action that is not determined from the outside but is created from within itself. What can I do or not do to open up a field of undreamt-of possibilities?
„It is an old man that would be a child that would be a woman. Putting things into each other, pouring and removing and putting each other into things, mop and toys. Creating bubbles of meaningless worlds, these are very important.
It is a monkey that would be a dog that would be a snail. Directing the space, creating still lives, making sense for everything that still looks arbitrary, forcing meaning into its order. It looks random, but that’s anyway about it.
What I’m writing about is not what it is. It is close to what we think it is, it is not an art for the future nor a culture for now. It is five hundred quotes disguised in a few plastic bottles. It is not a geometric demonstration. It is not about Clément Layes, it is not a rock concert although it would be great. It is not only happening, it’s also unhappening, it is not ambivalent.
It started in 2002 and is not finished yet: it’s been a quartet first, then a trio in 2004, it moved to a duo, went to another trio in 2007, and now it’s a solo, we lost people on the way, it was too difficult, only me has stayed, still trying. On average we lost less than one person a year so I think I have at least one year to go, then I’ll see, maybe I’ll leave the things alone.”
Clément Layes

Since its premiere at the festival Tanztage Berlin 2010, 'Allege' was presented at festivals and venues across Europe. For his solo-performance Clément Layes was awarded the Jury Prize at the Infant Festival 2010 (Serbia) and became artist-in-resident at Workspace Brussels in the frame of the Prix Jardin d’Europe in 2012. The latest step of 'Allege' and its ongoing process was presented in April 2013 at Berlin's Sophiensæle, where the performer and artist Vincent Weber took over the glass of water for 'Allege' (2013).

A production by Public in Private. Thanks to Sophiensæle, Tanztage Berlin, Festival Ardanthé, Dock 11, CND Paris.