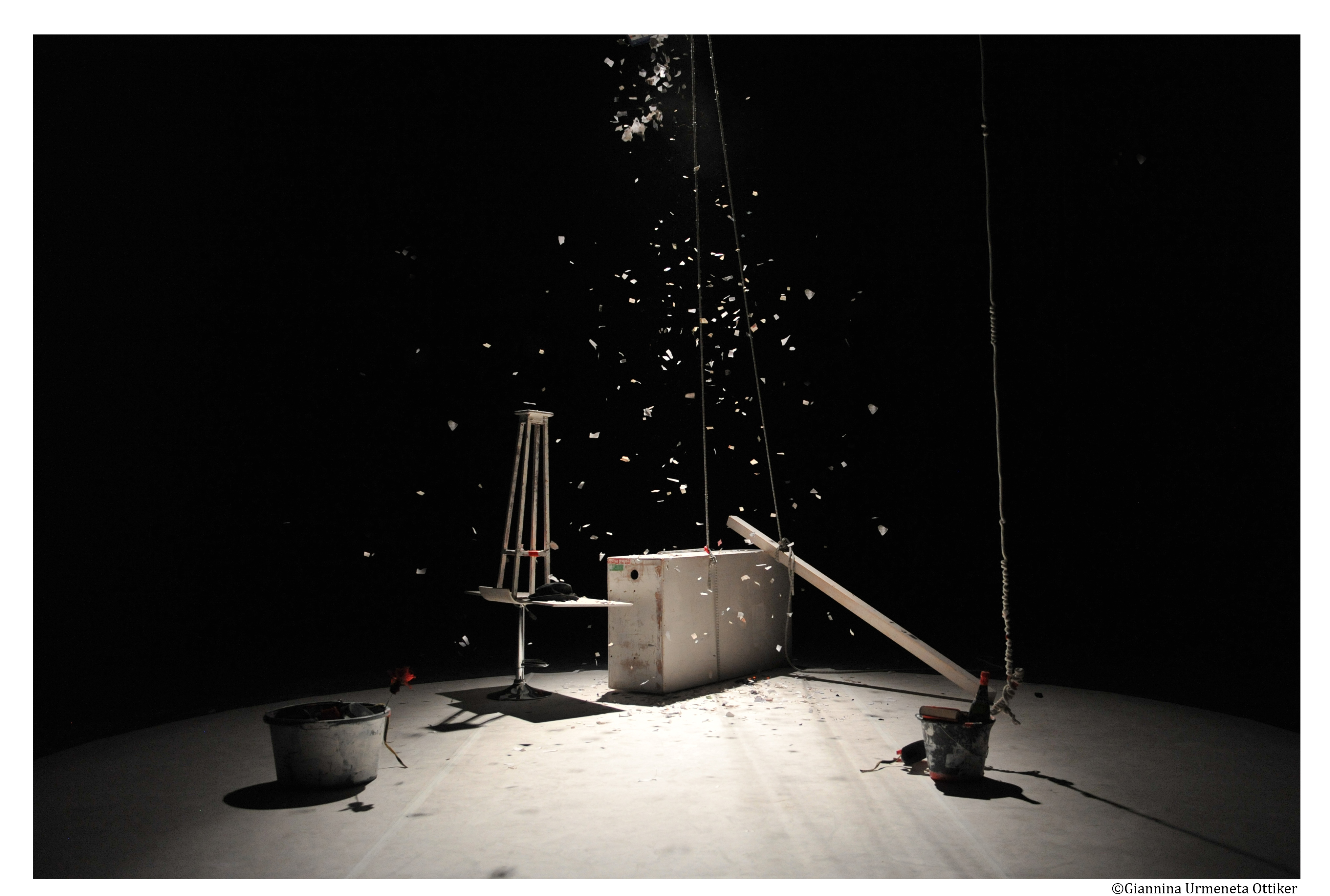 October 2015 - Sophiensaele Berlin
We think about love while making coffee, make imaginary travels while walking down the streets. Meanwhile the things are just there, shrouded in an enigmatic silence. We interpret and associate, give things a meaning, but they don't say anything. In TITLE Clément Layes exposes the parallel actions of thinking and and doing. With typical humor, Layes explores the complex interrelation and discrepancies between the assemblage of things and the web of associations we build around them and stages the " war and the peace” between them. Doing so he exposes both the shatter of the thought and the spectacular silence of the object.
Choreography, Performance: Clément Layes
In collaboration with and performed by: Clément Layes, Felix Marchand, Vincent Weber
Light: Ruth Waldeyer
Sound dramaturgy: Ulrike Ertl
Drum: Steve Heather
Dramaturgy: Jonas Rutgeerts
Artistic collaboration: Jasna L. Vinovrski
Press & Production: björn & björn